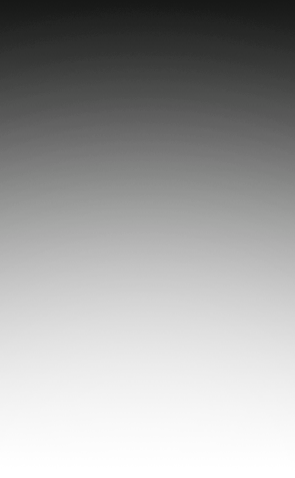 Parker Sawyers (Barack Obama) was born and raised in Indianapolis, his parents being local politician Paula Parker-Sawyers and James Sawyers, a teacher and community leader. After graduating from Wabash College with a bachelor’s degree in philosophy, Sawyers rose in local and state government before relocating to London. There, he worked at a lobbying firm until he decided to pursue his lifelong dream of acting. Sawyers will next be seen in Snowden, directed by Oliver Stone, and The Autopsy of Jane Doe, directed by André Øvredal.

The actor currently resides in London with his wife and two children.

Tika Sumpter (Michelle Robinson, Producer) is one of Hollywood’s rising stars. She most recently reprised her role in the hit action-comedy Ride Along, opposite Kevin Hart and Ice Cube, for Ride Along 2. She also starred with Queen Latifah in HBO’s critically acclaimed, Emmy Award®–winning HBO movie Bessie, chronicling the life of the legendary Bessie Smith. Previously, Sumpter appeared in the James Brown biopic Get On Up, alongside Viola Davis, Octavia Spencer and Chadwick Boseman.

Past film credits include Sparkle, opposite Whitney Houston and Jordin Sparks; A Madea Christmas, from Tyler Perry; My Man Is a Loser, with John Stamos; What’s Your Number, alongside Anna Faris and Chris Evans; Salt, with Angelina Jolie; Stomp the Yard 2: Homecoming, co-starring Keith David and Jasmine Guy; and Whisper Me a Lullaby, with Christina Vinsick and John Heard.

On the small screen, Sumpter is known for her work on OWN Network’s highest-rated series, The Haves and Have Nots, a one-hour drama written, directed and produced by Tyler Perry. She also starred on Gossip Girl and One Life to Live, garnering an NAACP Image Award nomination for the latter. Other television credits include BET’s The Game‎ and Being Mary Jane, and NBC’s Law & Order: Special Victims Unit.

In addition to her professional work, Sumpter is proud of her involvement in public service announcements, most notably an AIDS-awareness campaign with acclaimed hip hop artist Common.

Vanessa Bell Calloway (Marian Robinson) is a stage, screen and television actress with eight NAACP Image Award nominations to her name. In 2014 she won the NAACP Theater Award for Best Actress for her critically acclaimed role as Zora Neale Hurston in Letters From Zora. Calloway is currently starring in Bounce TV’s new one-hour drama Saints & Sinners. She recently completed a pilot for A&E, The Infamous, and plays a recurring role on ABC’s Grey’s Anatomy. After co-starring in TV One’s To Hell and Back, she will next be seen in the digital cable network’s biopic The Miki Howard Story.

Calloway’s many film credits include Coming to America, What’s Love Got to Do With It, Biker Boyz, Love Don’t Cost a Thing, Daylight, The Inkwell, Crimson Tide, The Brothers, and Cheaper By the Dozen. She also voiced the lead female role in the animated feature Bébé’s Kids. In the indie world, Calloway has co-starred in such films as Message from a Mistress, The Preacher’s Son, Medicine Men, About Scout, The Undershepherd, The Last Fall and The Obama Effect.

The actress has played significant and/or recurring roles on Showtime’s Shameless, the Amazon series Hand of God, TNT’s Murder in the First, Rizzoli & Isles and Hawthorne, as well as two series for NBC: Harry’s Law and Go On. Her credits as a guest star include Real Husbands of Hollywood, NCIS, Reckless, Castle, Dexter, Cold Case, The Closer, CSI, CSI: Miami, The Temptations, and The District, just to name a few.

Calloway has a hit web series, In the Company of Friends, and her newest web series, Cookin & Hookin Up, will soon be released. She also has a Blog Talk Radio show, That’s So Very Vanessa.

On stage, Calloway starred in Seven Guitars as part of August Wilson 20th Century, held at The Kennedy Center. She was also seen in the Los Angeles production of The Piano Lesson, brought down the house in the Los Angeles production of The Divorce and starred in Crowns at The Ebony Repertory Theatre and The Pasadena Playhouse. She was recently reunited with Letters From Zora playwright Gabrielle Pina for Dreaming of Harlem Under a High Southern Sky, which also received rave reviews.

Also a professional dancer, Calloway has performed with various dance companies as well as the original Broadway cast of the hit musical Dreamgirls. She appeared as a dancer in the TV movies Polly, Polly Comin’ Home and Stompin’ at the Savoy, all directed by Debbie Allen.

Married to her loving husband Dr. Anthony Calloway for 27 years, the actress has two beautiful, grown daughters, Ashley and Alexandra.

Richard Tanne (Director, Writer, Producer) is currently writing a feature film for Pixar. The son of a special education teacher, Robyn Weingarten-Tanne, and a bankruptcy attorney, Scott Tanne, he was born and raised in Livingston, New Jersey. Growing up, Tanne became engrossed with storytelling from his mother’s bedtime stories and regular excursions to the local movie theater with his father. As a teenager, Tanne’s writing brought local and national acclaim.

The writer is a recipient of the New Jersey Governor’s Award for Excellence in Arts Education for playwriting and the winner of the Young Playwrights, Inc. National Playwriting Competition, founded by Stephen Sondheim.

John Legend (Executive Producer, Music By) is a critically acclaimed, multiple award-winning, platinum-selling singer-songwriter. His work has garnered 10 Grammy Awards, an Academy Award®, a Golden Globe® Award, the BET Award for Best New Artist and the special Starlight Award from the Songwriters Hall of Fame, among others.

Most recently, Legend won an Oscar® (Best Achievement in Music Written for Motion Pictures, Original Song), Golden Globe®, Grammy and a Critics’ Choice Award for his song “Glory,” which he wrote and performed with Common. The song was written for Ava DuVernay’s Selma, starring David Oyelowo.

Legend’s highly acclaimed fourth studio album, Love in the Future, features “All of Me,” Legend’s highest-selling song to date. It reached No. 1 on the Billboard Hot 100 chart and No. 1 on both the Mainstream Top 40 and Rhythmic charts.

A graduate of the University of Pennsylvania, where he studied English and African-American literature, Legend participated in a wide range of musical activities while in college. During the same period, Legend was introduced to Lauryn Hill, who hired him to play piano on her track “Everything Is Everything.” Shortly thereafter he began to play shows around the Philadelphia area, eventually expanding his audience base to New York, Boston, Atlanta and Washington, D.C.

After college, Legend was introduced to then up-and-coming hip-hop artist Kanye West, who quickly signed Legend to his G.O.O.D. Music imprint and hired him to sing vocal hooks on some of his music. Legend started gaining momentum through a series of similar collaborations with established artists, adding vocals to an impressive list of chart-topping hits including West’s “All of the Lights,” Jay-Z’s “Encore” and Alicia Keys’ “You Don’t Know My Name.”

Legend’s debut album, Get Lifted, was released in 2004 through Columbia Records. The critically acclaimed album spawned the artist’s first hit single, “Ordinary People,” and scored Legend multiple Grammy Awards in 2006 including Best R&B Album, Best New Artist and Best Male R&B Vocal Performance. The follow up was 2006’s platinum-selling Once Again, which brought Legend another Grammy (Best Male R&B Performance) for his single “Heaven” and included collaborations with Kanye West, will.i.am and Raphael Saadiq. Legend’s next release was 2008’s Evolver, led by the hit single “Green Light” featuring Andre 3000. His 2010 collaboration with the Roots, Wake Up, won the Grammy for Best R&B Album a year later.

Throughout his career, Legend has worked to make a difference in the lives of others. In 2007 he launched the Show Me Campaign (ShowMeCampaign.org), an initiative that focuses on education as a key to break the cycle of poverty. Legend’s efforts and leadership in this arena were recognized with the 2010 BET Humanitarian of the Year award, the 2009 CARE Humanitarian Award for Global Change, the 2009 Bishop John T. Walker Distinguished Humanitarian Service Award from Africare and the 2011 Harvard Foundation Artist of the Year Award.

In 2015 Legend initiated the #FREEAMERICA campaign, designed to change the national conversation and make a change in the U.S. criminal justice system. Legend also serves as one of the principals for Get Lifted Film Co., a production company based in Los Angeles. The company has sold several projects to television networks including Showtime, NBC, HBO, USA, MTV, OWN and Fox. In addition to these sales, Get Lifted was previously in a television deal with Comcast/Universal and currently has a pact with Legendary Television. The company had executive producers on the HBO documentary Southern Rites, the Pop Network docu-series Sing It On and WGN’s Underground.

Additionally, Get Lifted has several projects in various stages of development or production, including The Black Count (based on the 2014 Pulitzer Prize winner), to be written and directed by Cary Fukunaga for Sony Pictures, and an upcoming project with producer Will Packer and Universal Pictures.

Robert Teitel (Producer) recently produced Barbershop: The Next Cut, with stars Ice Cube and Cedric the Entertainer reprising their roles from the original. The film opened to rave reviews (92% on Rotten Tomatoes) and opened No. 2 at the box office with a $20 million gross.

Teitel is a Chicago native who majored in film and marketing, graduating from Columbia College in 1990. During his college career, he formed a production company called Menagerie Films with director George Tillman. He then produced Paula, a Student Academy Award®–winning short. At the same time, Teitel produced several music videos under the Menagerie umbrella. In 1994 he raised $150,000 and produced Scenes for the Soul, a feature shot in Chicago using local talent and resources. Scenes for the Soul was sold to Savoy Pictures for $1 million.

Next came Soul Food, made on a sparse budget of $7.5 million. It astounded the film community by surpassing all expectations and pulling in $43 million at the box office. The soundtrack shipped double platinum and when the videocassette went on sale, it charted in the top 10. Soul Food was developed into a television show for Showtime and ran 75 episodes, a record for an African-American-based show.

After this success the Menagerie partners signed a first-look production deal with Fox 2000 for their new production company, State Street Pictures, which enabled them to develop projects for Teitel to produce and Tillman to produce and direct. State Street’s other credits include the hit drama, Men of Honor, which starred Cuba Gooding Jr., Robert De Niro and Charlize Theron. The film grossed $100 million worldwide.

Teitel and Tillman then co-produced Barbershop, which went on to become the most profitable African-American-themed film franchise of all time. Barbershop made $75 million, Barbershop 2: Back in Business finished at $65 million and the Queen Latifah spin-off Beauty Shop netted $36 million. After the critically praised Roll Bounce came the Latino family comedy Nothing Like the Holidays, which won three American Latino Media Arts awards (including a Best Actor win for John Leguizamo).

In 2009 Teitel produced Notorious, the biopic of the slain rapper Notorious B.I.G., with Tillman returning to the director’s chair. Notorious opened to $24 million and had the honor of closing the Berlin Film Festival.

The next few years brought Faster, starring Dwayne “The Rock” Johnson, with Tillman once again at the helm; Billy Bob Thornton’s Jayne Mansfield’s Car, starring Robert Duvall, John Hurt, Kevin Bacon and Thornton himself; Tillman’s The Inevitable Defeat of Mister & Pete, which opened the 2013 Sundance Film Festival; and The Longest Ride, which made more than $60 million worldwide.